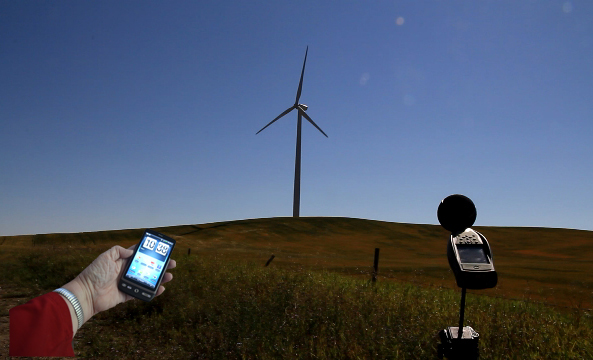 In 2022, most people in Canada have a smartphone.  Since smartphones have built-in microphones, electronics and processing, downloading of a free or low-cost application is all that is needed to turn them into a sound level meter.  However, are smartphones accurate enough to replace traditional ANSI Type 1 or 2 sound level meters?

Kardous and Shaw (2014) investigated the suitability of smartphone apps for occupational noise measurements. They studied a sample of smartphones and tablets with 4 Apple devices, 10 iOS apps, 5 Android devices and 4 Android apps. Measurements were conducted in a diffuse sound field in a reverberant noise chamber. Seven levels of broadband noise, ranging from 65 to 95 dB in 5 dB increments, were set as reference measurements and validated by calibrated measurement systems, including a Type 1 sound level meter. In total, over 1680 smartphone measurements were analyzed. Measurement results from four iOS apps showed mean differences within ±2 dB/dBA. This is good enough for ANSI Type 2 and Occupational Safety and Health Administration (OSHA) standards and suggests that certain apps for Apple smart phones and tablets may be considered reliable and accurate for use in occupational noise measurements. On the other hand, the Android-based apps did not offer the functionality and accuracy needed for occupational noise assessments.

Murphy and King (2016) did extensive testing of 100 smartphones, including 65 iOS-based devices (7 models) and 35 Android-based devices (18 models) to assess their suitability for environmental noise measurements. Four iOS and three Android apps were tested. In total, there were 1472 tests. Measurements were conducted similarly to Kardous and Shaw, but reference noise levels were set at 50/70/90 dBA. The background sound level in the room was 27 dBA.

Android devices had much higher variability in comparison to iOS devices. Different hardware used in the variety of Android devices is likely a big factor. Overall, Android devices under-measured levels while Apple devices over-measured levels and offered significantly better measurement consistency and reliability.  Newer phones were also more accurate, but it was unknown whether they are equipped with better microphones or the older phone microphones deteriorate over time. In general, though, smartphones were more accurate at middle of the road noise levels of 50/70 dBA in comparison to the lowest (background only at 27 dBA) and highest (90 dBA) noise levels. This suggests smartphones may not be suitable for some ambient, background noise or hazardous noise level measurement uses. The conclusion was that smartphone apps on the whole are not quite ready to replace traditional SLMs, but a combination of good hardware and software can produce a smartphone that accurately measures sound level.

A more recent paper by Shahnaz and Brown (2020) compared the accuracy of smartphone apps from both Android and iOS devices to a Type 1 sound meter in real world environments (living room, classroom, restaurant, nightclub, public transit, and a fitness class).  The results indicated a variation of 3 dB or greater between the apps and the sound meter were common. They concluded that these apps should not be relied on as an accurate tool to determine hearing protection measures because of the amount of inconsistency between apps and devices. However, the smartphone apps are good for providing a general idea of the sound level in any environment.

Smartphones with external microphones and apps that allow calibration of the sound level were not considered. These would not likely be used by the general public. The combination of hardware and apps result in a wide range of deviations in measurement results.  A singular smartphone measurement is most likely not a reliable indicator of a true noise level, but a large set of these measurements may converge to the true noise level.

New smartphone models and apps are introduced yearly, and overall sound measurement accuracy and reliability could improve in the future.  Smartphones are ubiquitous tools that can provide useful general noise information. They are a convenient means to explore everyday acoustic environments and open up the potential of large, crowd-sourced sound databases. However, they should not be considered a replacement for a purpose-built sound level meter when precise and reliable measurements are required in a sound assessment.