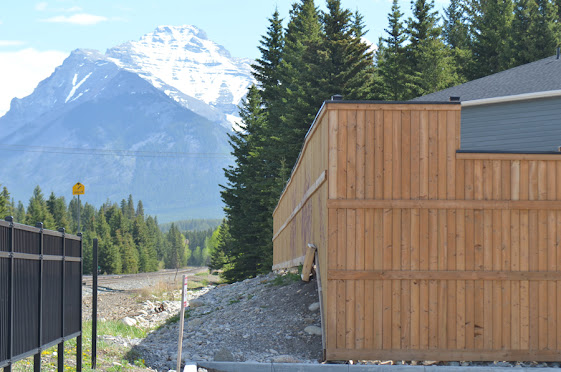 Some residents of Banff have petitioned the town council to restrict or eliminate the sounding of train whistles in the vicinity of the town. This was reported by the Rocky Mountain Outlook on March 29 and on Global News on April 8 of this year, after the presentation of a request from a delegation on March 22.

During the May 10 meeting of the Town Council, related correspondence, including written and verbal submissions, was received and the council passed a motion to have the Town’s Administration consult “with the railroad operator on the feasibility of creating a railway quiet zone along the railway corridor in the vicinity of Banff, and report back to Council before the end of Q3 2021.” 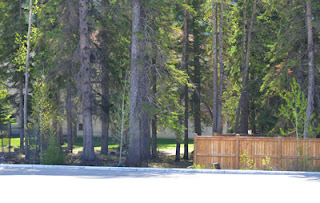 The Rocky Mountain Outlook article noted that one of the most impacted properties is the Mount Edith House seniors’ residence, which backs onto the train tracks (shown here). The report states that there are no noise-attenuation walls at this location. A visit to the site indicates that the band of evergreen trees between that building and the tracks is insufficient to address community concerns.

In the 1970s and 80s, the Canada Mortgage and Housing Corporation (CMHC) produced a document entitled CMHC - Road and Rail Noise Effects on Housing, which specified ‘acceptable’ levels of noise from trains, in particular between the ‘whistle points’ which are 400 metres from any uncontrolled level crossing. Under the Railway Safety Act (R.S.C., 1985), trains are normally required to sound their horns within the whistle points until they were actually occupying the level crossing, or when it is required for safety reasons such as trespassing people or animals. The Act [section 23.1 (1)] allows municipalities to pass a resolution to discontinue use of train whistles under the conditions now set in motion by the residents’ petition. There are only limited measures to prevent animals (who cannot read the signs) from accessing the tracks.

The Global News video shows the level crossing with crossing bars, so it is ‘controlled,’ but there are free-running animals in the Banff area, and access to the tracks within Banff is not consistently blocked by fencing. It has been noted that spillage of grain has attracted animals to the tracks in the past, potentially bringing wildlife onto the tracks and requiring the sounding of the trains’ horns to drive them away.

Previously, the nearby Town of Canmore required developments outside a corridor adjacent to the CP tracks to comply with the CMHC directives. This effectively sterilized the narrow corridor from residential developments within the mountain valley location. Fencing on both sides of the tracks has been installed to control access and some years back, the Town of Canmore was able to drop this non-residential building requirement from their planning regulations. This may have coincided with their establishment of a rail quiet zone, as is being requested in Banff.

The original existence of the Towns of Canmore and Banff is due to the presence of the railroad. The mine under the Three Sisters Mountain, and the mine at Anthracite (currently under Lake Minnewanka) supplied coal for the locomotives, and Banff was intended to support tourists attracted by the local hot springs, scenery, and wildlife. Silencing the train whistles in town makes for a more pleasant experience, but may be counter-productive if measures are not also taken to keep wildlife off the tracks which would still require the sounding of the horns.

As of the October 4, 2021 Banff Town Council meeting, there does not appear to have been any further information from the Town’s administration nor from CP Rail (https://banff.ca/AgendaCenter